Ibis's Director of Athletics, Jay Berger, and his son Daniel grace the cover of the May issue of Florida Tennis Magazine. 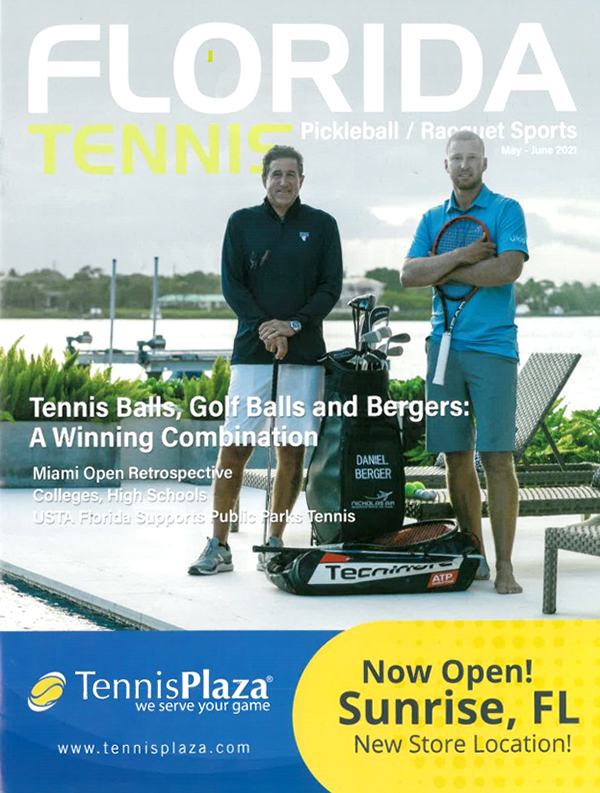 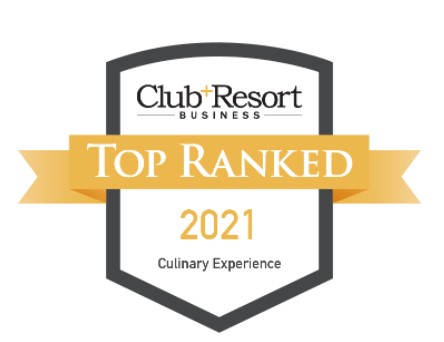 The Club at Ibis has earned an honorable culinary distinction. 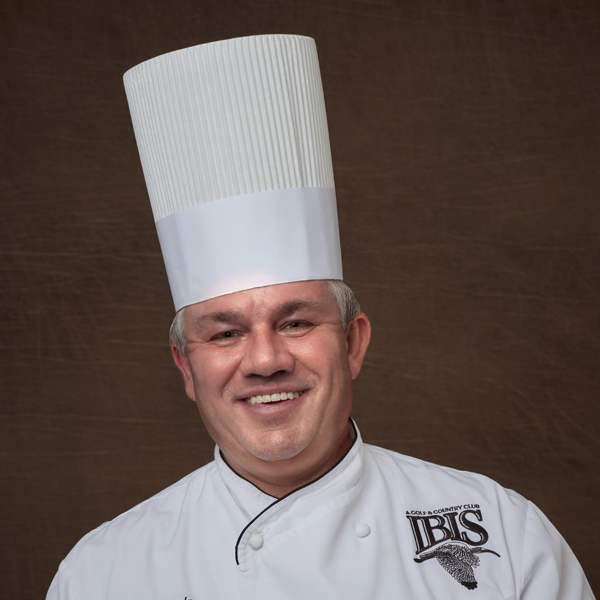 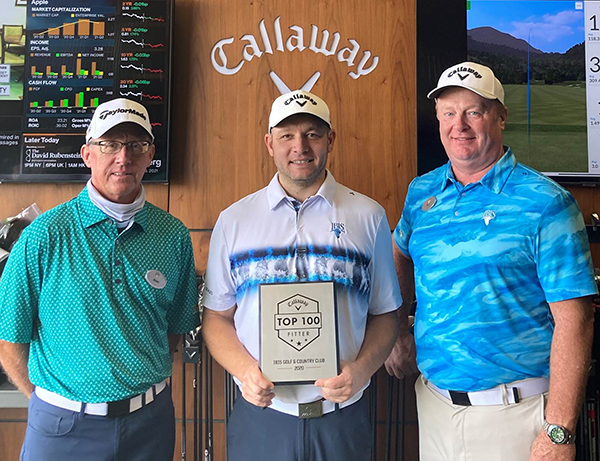 Congratulations to Joe Milazzo and the team in the golf fitting studio, Alan Morin and Rich McClure.

Callaway awarded them a Top 100 Fitter in the country!

Alan Morin, PGA Assistant Professional at The Club at Ibis, fired a 4-under par to finish with a 68 on Tuesday to cruise to a six-shot victory in the South Florida PGA Senior Open at Imperial Golf Club. Morin took a two-shot lead in the final round after a flawless 63 round on Monday, thanks to a personal-best six consecutive birdies. Click here to read the full story. 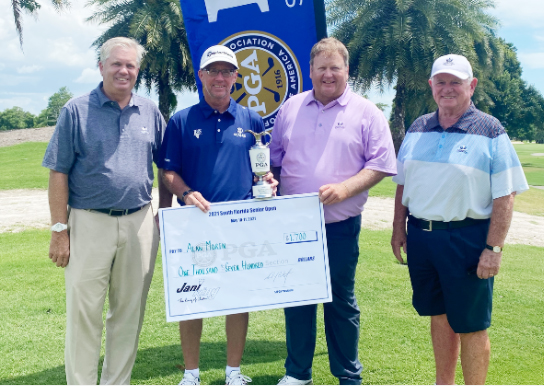 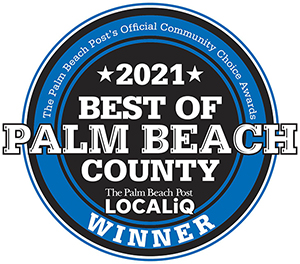 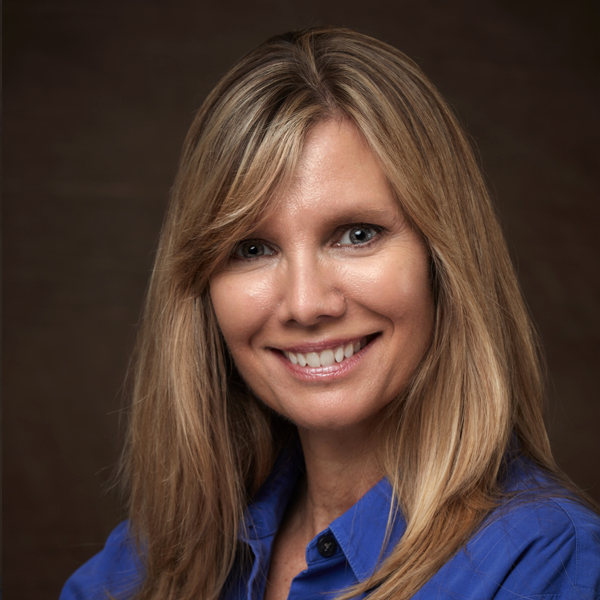 Congratulations are in order for our very own Fitness Director Nadine Moody, who won First Place as the Best Personal Trainer in the Palm Beach Post's Best of Palm Beach County contest! Nadine started her career at Ibis in March 2000 relocating from Pennsylvania where she held the position as Fitness Director at the Lebanon Valley Family YMCA. Many of her Ibis clients have trained with her for over 20 years and she enjoys every minute of those training sessions. Her position at The Club at Ibis in addition to the Director's responsibilities includes teaching fitness classes such as Zumba/Latin Dance, Step, Spin, and Strength.

The Club at Ibis was a finalist as the Best Country Club and won First Place as the Best Golf Course (for the 2nd year in a row!)

Thank you for your votes!

The Club at Ibis is featured in the April issue of Executive Golfer Magazine.

Executive Golfer is distributed in 2,000 private clubs throughout the US and all domestic AA Admirals Clubs and American Express Centurion lounges. Their social media following is a mix of 40,000 key influencers, including private club members, club champions, golf journalists, Tour players and industry influencers.

This issue focused on Ibis Club & Activities, with quotes from Judie Budnick, the ICA chair. The story is live on their homepage under the LIFESTYLE section at www.ExecutiveGolferMagazine.com. 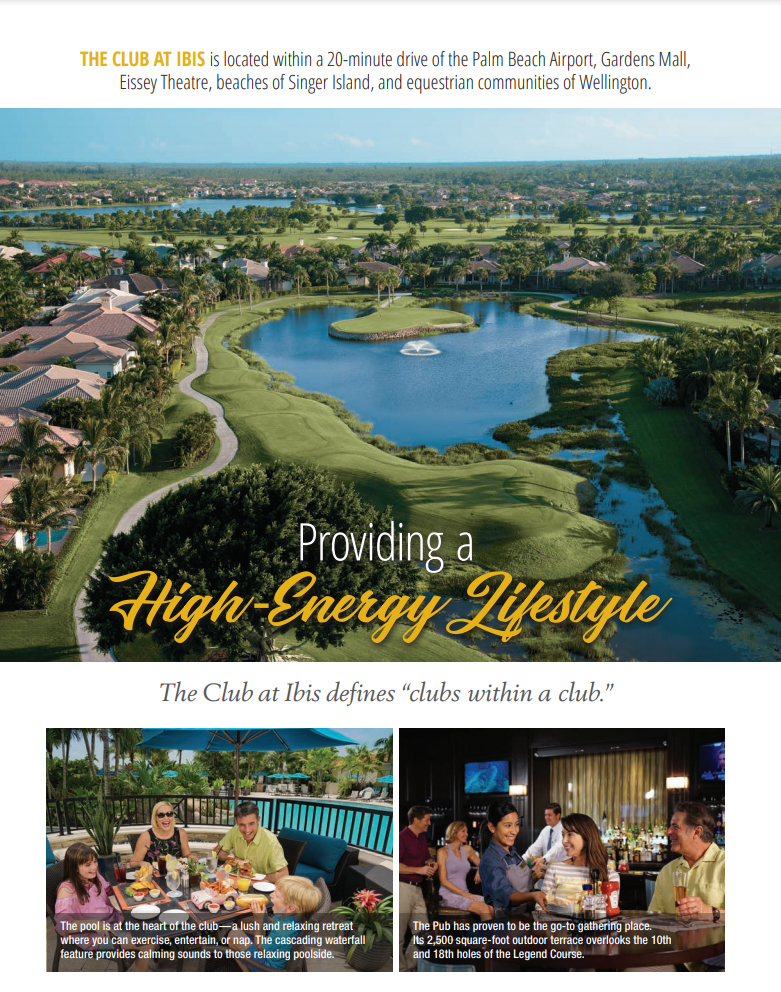 Ibis has a two-page editorial in the March issue of Palm Beach Illustrated in their special section: Best Golf and Country Club: click here to view it. 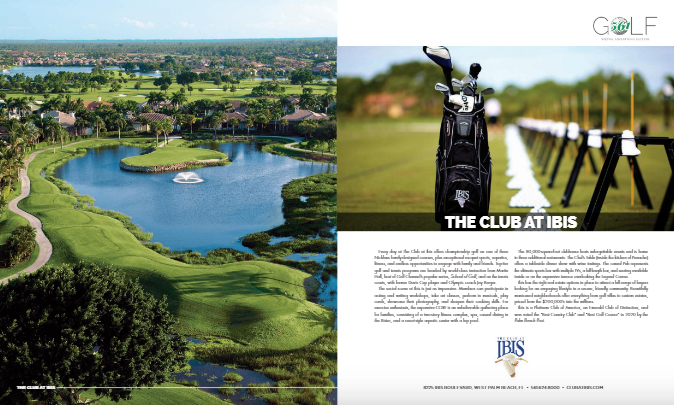 Ibis Charities was featured in the February edition of
Southern Exposure:

Each year, Ibis Charities, the official foundation of The Club at Ibis, accepts applications for grants from over 120 Palm Beach County nonprofit organizations. The mission of the foundation is to provide family and social services, health and wellness programs, educational, art, cultural and environmental opportunities.

This year, right before the traditional release of funds to the final applicants, COVID-19 took the world by surprise, impacting every facet of every life, whether it be in business and commerce, employment, health and even being able to be with immediate family members.

The foundation had to make the critical decision ... Click here to read entire article.

The virus that made golf contagious from The Tee Times magazine.

Click here to read the article where Ibis is featured. 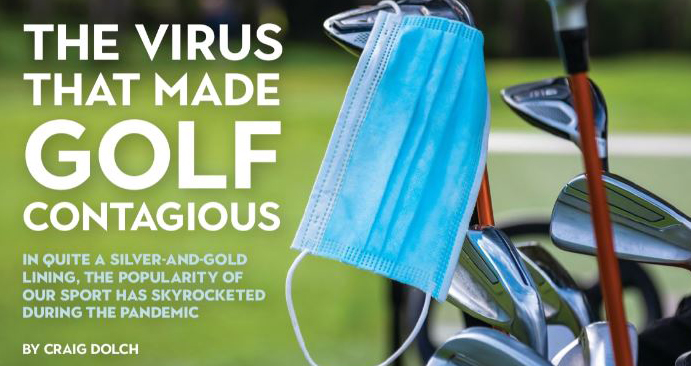 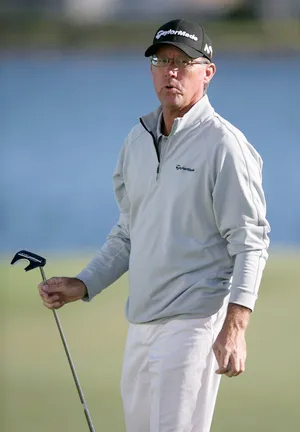 PGA pro: Alan Morin has been hired by the Club at Ibis in West Palm Beach as professional PGA assistant.  Click here to read the article.

Check out this episode of Golf America, a weekly syndicated television program featuring golf courses, resorts and clubs. Golf America is seen in 9 out of the top 10 television markets in the U.S. 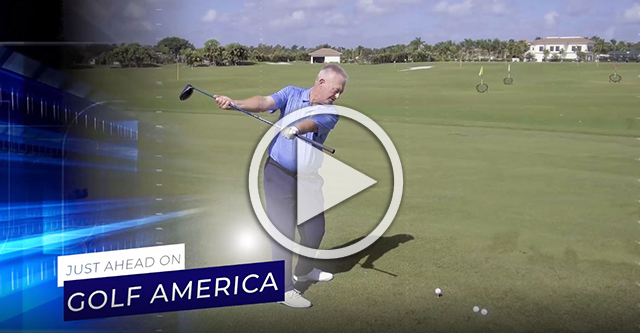 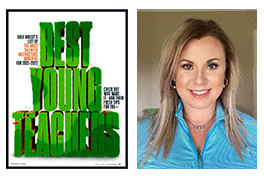 Katie Finney, PGA/LPGA, recently returned to Ibis from Texas, was named one of the Best Young Teachers in America by Golf Digest! See the full article by clicking here, and join us in congratulating Katie!

For the 2nd year in a row, Ibis donated a Thanksgiving Day feast to the Quantum House. The Quantum House is the residence where parents can stay if their child is being treated in a medical facility in the West Palm Beach area. 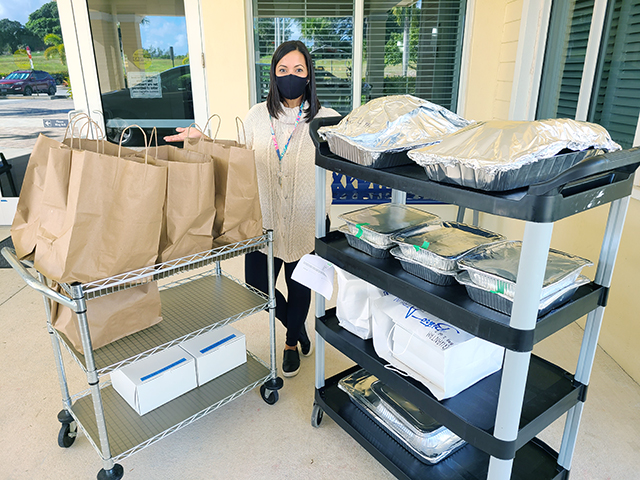 The recent winner of the South Florida PGA's Player of the Year is your Equipment Specialist at the new Golf Equipment & Fitting Center - Alan Morin. Click here to read the article from The Palm Beach Post. 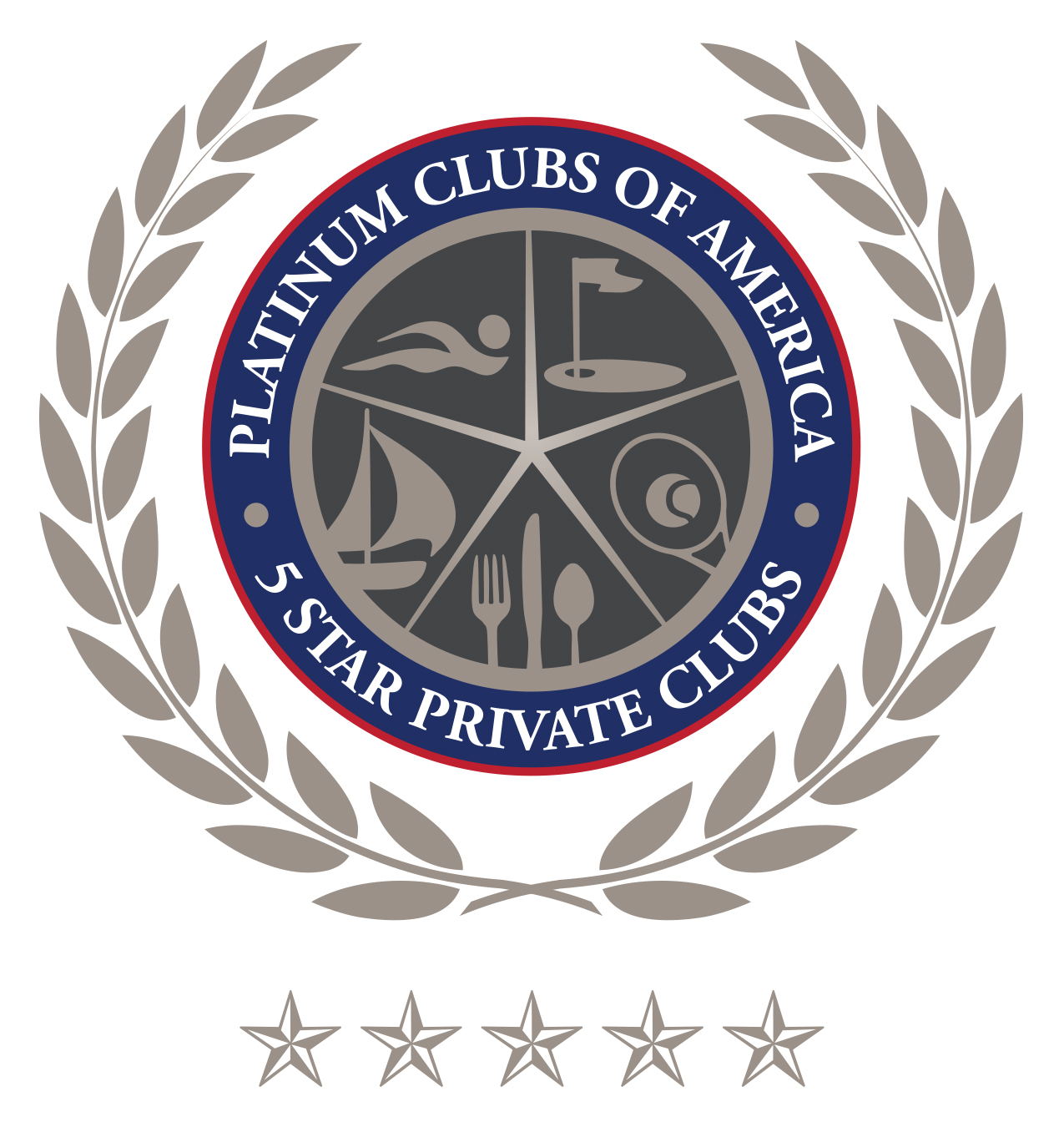 “The Club's Board, management and staff are thrilled with this announcement. Being named a Platinum Club is the most respected recognition in private club excellence,” said General Manager/COO Stephen LoGiudice. “We are constantly challenging ourselves on how we can improve our Member experience.”

Established in 1997, Platinum Clubs of America recognizes the top 5% of private clubs in the nation, as elected by Club Managers, Presidents, and Owners, using criteria approved by its Advisory Board, which is comprised of 15 Club Managers from some of the most respected private clubs in America. Platinum Club status is awarded to clubs in five categories: Country, Golf, City, Athletic, and Yacht Clubs. The Club at Ibis was recognized as #56 out of the top 150 private country clubs in the nation and selected among criteria such as universal recognition, excellence in amenities and facilities, governance and prudent fiscal management, and The Member’s overall experience. 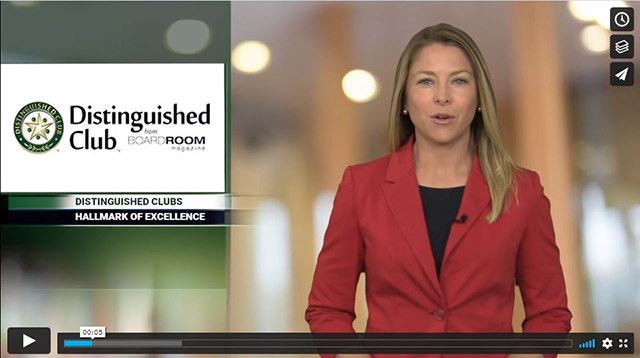 The Club is very pleased to announce that it has been awarded the designation of a Distinguished Club for the sixth year in a row, as determined by the annual Distinguished Clubs award program conducted by BoardRoom magazine, one of the most respected trade publications serving private clubs. This year we maintained our special recognition, giving Ibis the “Elite” designation, after meeting additional criteria, including being viewed as in the top echelons of local and regional reputation and recognition.

For fine private clubs that operate at the highest standards, BoardRoom magazine’s entirely merit-based Distinguished Clubs award program uses a club-specific rating system that recognizes the club, its management, and its staff based on a proprietary criteria and evaluation process that distills and measures a club’s Member Experience. As such, the rating system used by Distinguished Clubs is different from any that has come before, and with it, the private club industry now has the means to identify the top private clubs based on the most important aspect: Member Experience.

As defined by Distinguished Clubs, “Member Experience” is that special combination of “Qualities” that a private club provides its members. It is not just the quality of service, or of the facilities, or of the product provided, it is also the quality of the staff and of the management, as well as the overall club governance they deliver.

The Ibis Charities was featured in the July/August issue of  Club Management, the official publication of the Club Management Association of America.

Click here, and flip to page eight to read how the Ibis Charities has pivoted during this pandemic to help those suffering during these uncertain times.

A Club with a Big Heart

The August 2020 issue of Executive Golfer magazine, has an article detailing what Ibis has done to retain some of the services offered to Members during COVID-19 related closures. Ibis’s Director of Communications Kallie Langberg and Director of Operations Sharon Meirav were interviewed for the article. 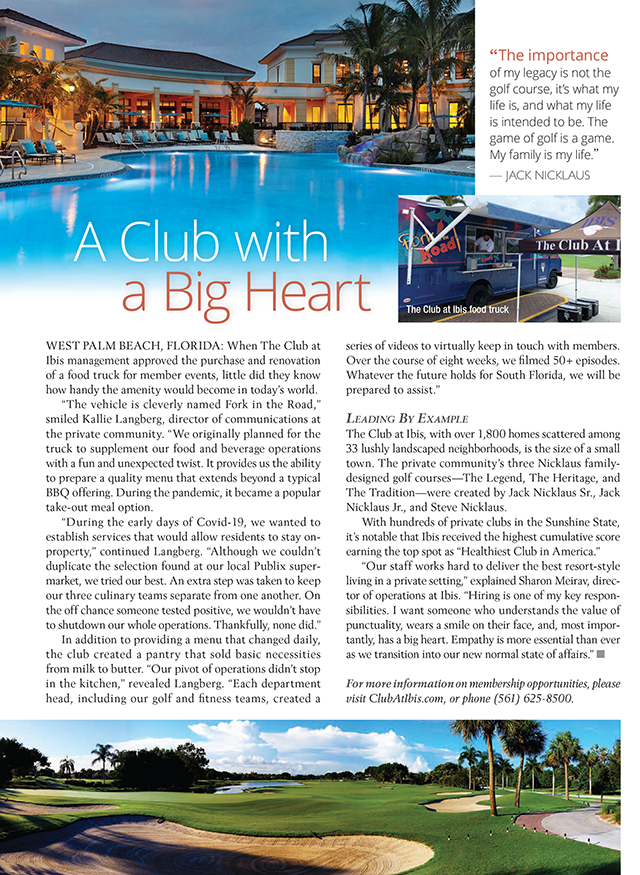 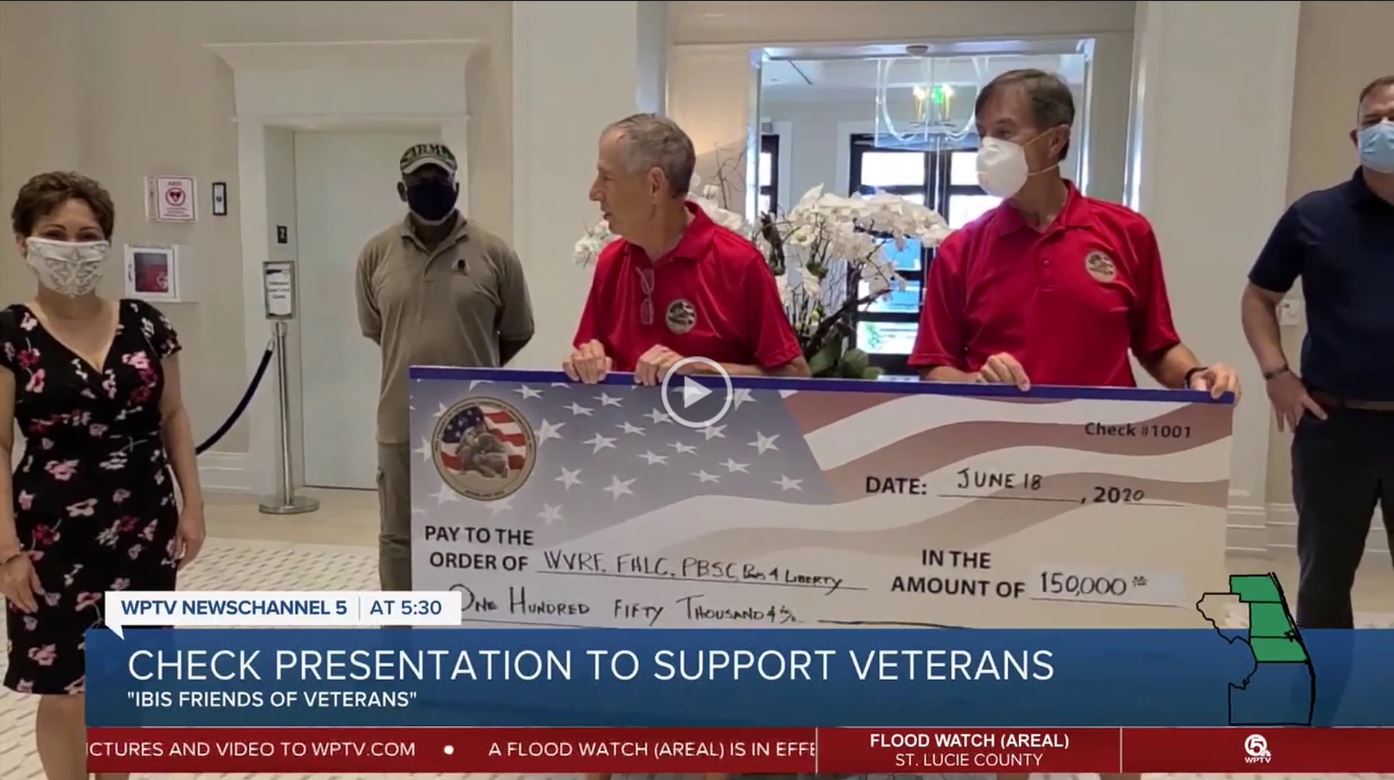 Ibis's Director of Tennis Instruction, Jay Berger, spoke with the Golf Channel on Father's Day about how his son Daniel, got into golf.

Daniel Berger won the Charles Schwab Challenge at Colonial on Sunday in a playoff over Collin Morikawa. Daniel is the son of Jay Berger, Ibis's Director of Tennis Instruction. Congratulations to the Berger family! 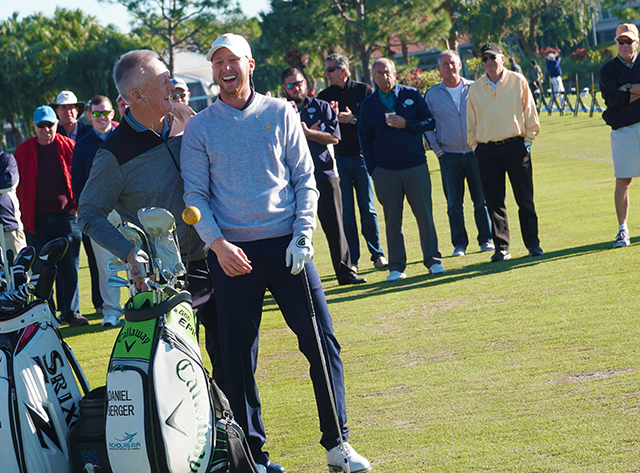 Ibis Charities was recognized in Florida Weekly for their check distributions and contributions during the pandemic. Click here to read the article.

Reilly Opelka, who is coached by Ibis’s Jay Berger, won the first professional tennis match in the United since the pandemic halted sporting events. Opelka defeated Miomir Kecmanovic 3-1 to become the UTR Pro Match Series champion. The Tennis Channel and UTR set up the event on a private tennis court in West Palm Beach, not far from Ibis. 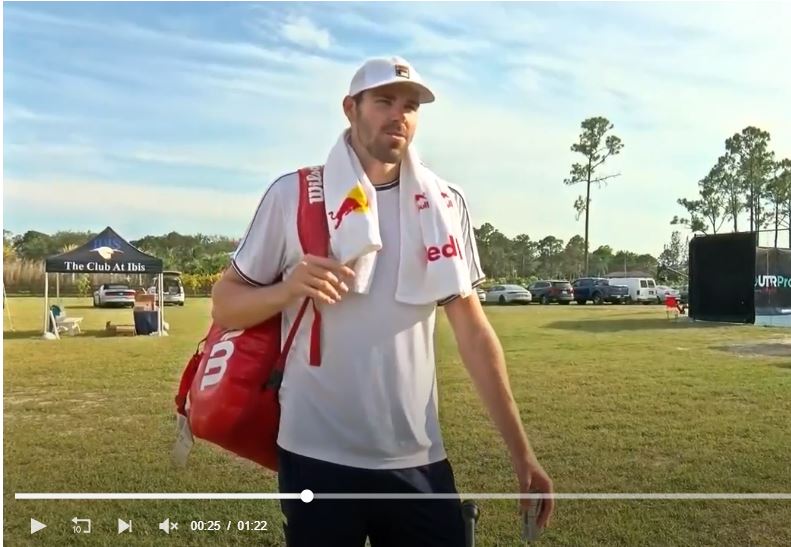 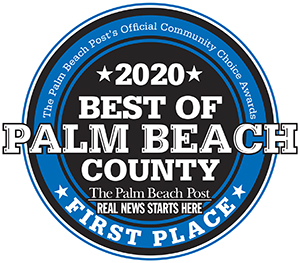 That’s two major accolades for The Club at Ibis in a county often referred to as “the golf capital of the world.”

The Palm Beach Post hosted a red-carpet Gala announcing the winners of their “Best of Palm Beach County” Community Choice Awards. More than 270,000 votes were cast from local residents nominating their favorite business or service across 163 different categories.

Reilly Opelka, at 6-foot-11 the joint-tallest ranked player in the ATP, continued his career climb Sunday when he won the Delray Beach Open for his second career title.

Opelka, who saved a match point in his semifinal victory against Milos Raonic, has been working with Jay Berger, our Director of Tennis Instruction the last two years.

Opelka, 22, was ranked 54th in the world going into the event.  His big win was front page news in the Palm Beach Post sports section. 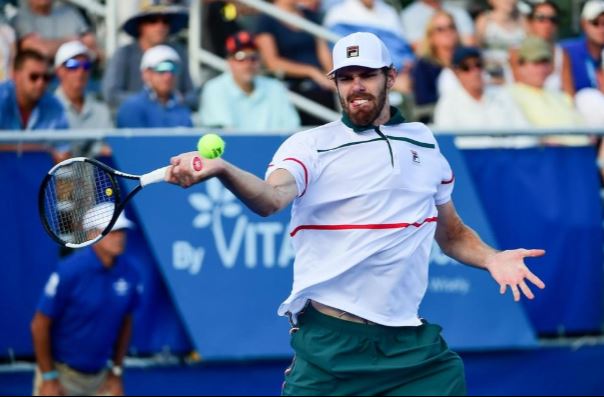 The Ibis Charities’ Fashion Show and Food Drive were recognized in Florida Weekly. 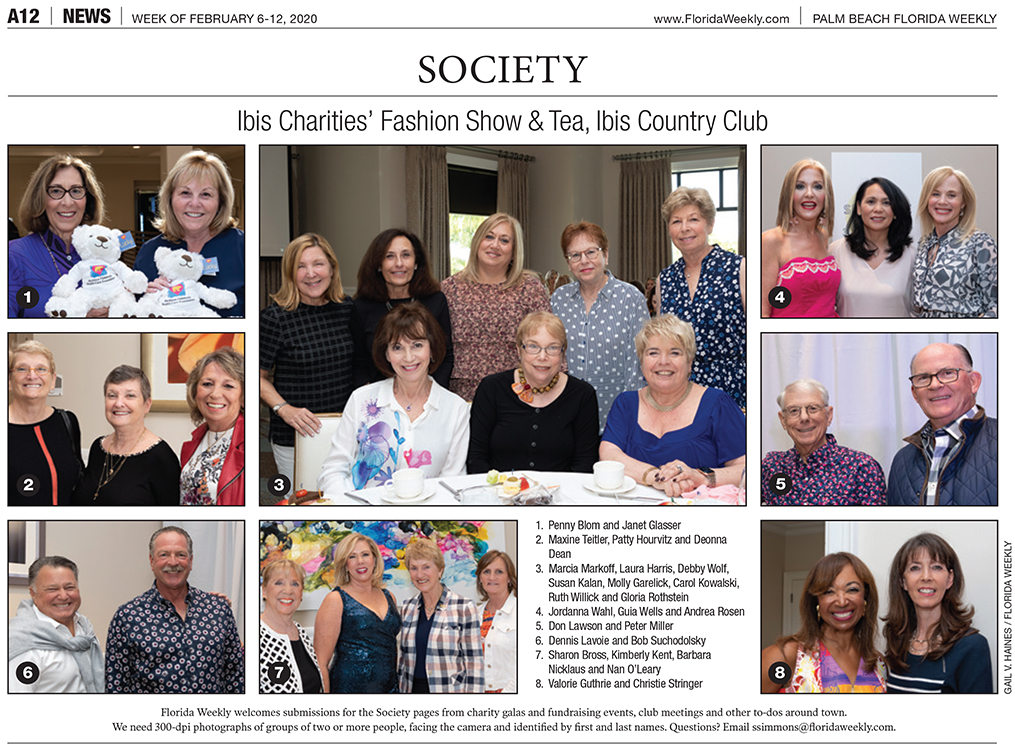 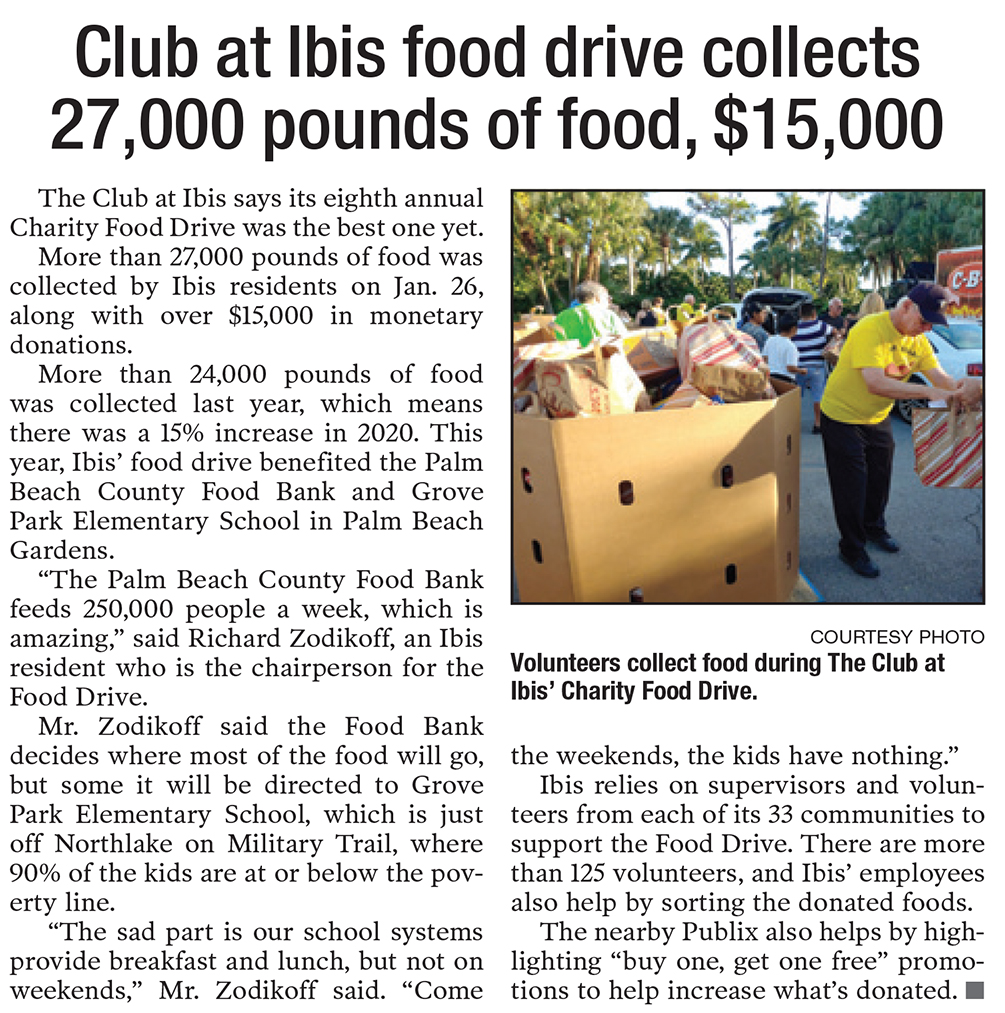 Ibis's Director of Golf Instruction, Martin Hall, is featured on the cover of the February issue of The Tee Times, which is distributed to golf clubs and retail stores throughout Southeast Florida. 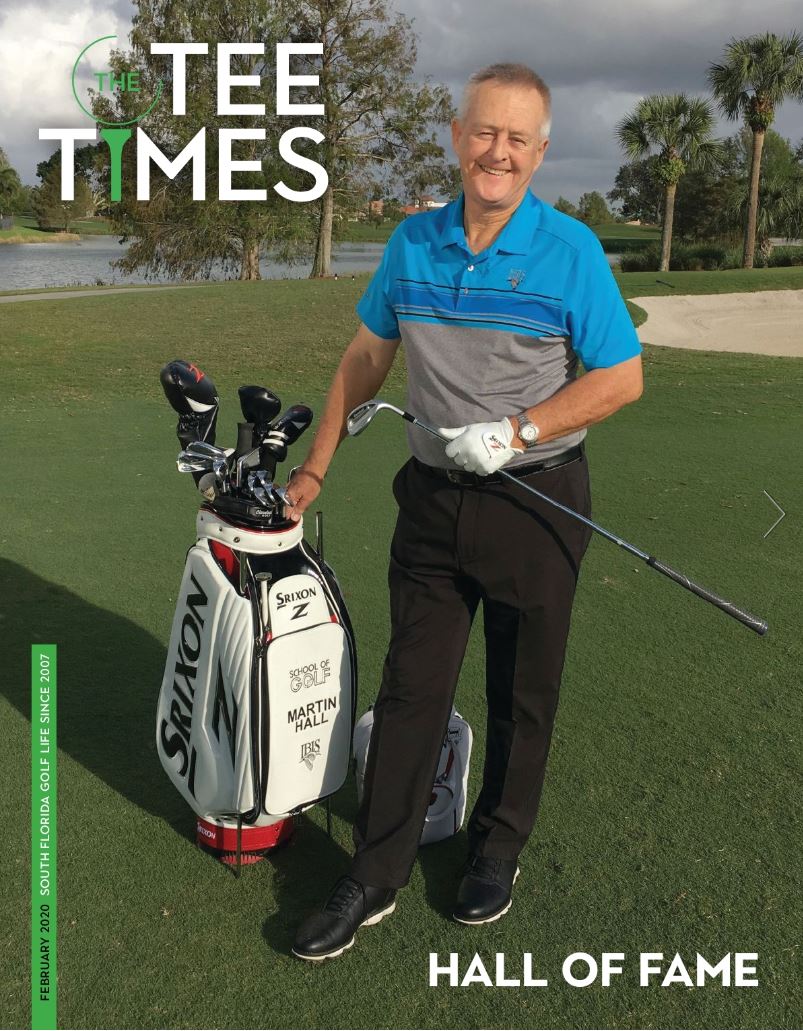 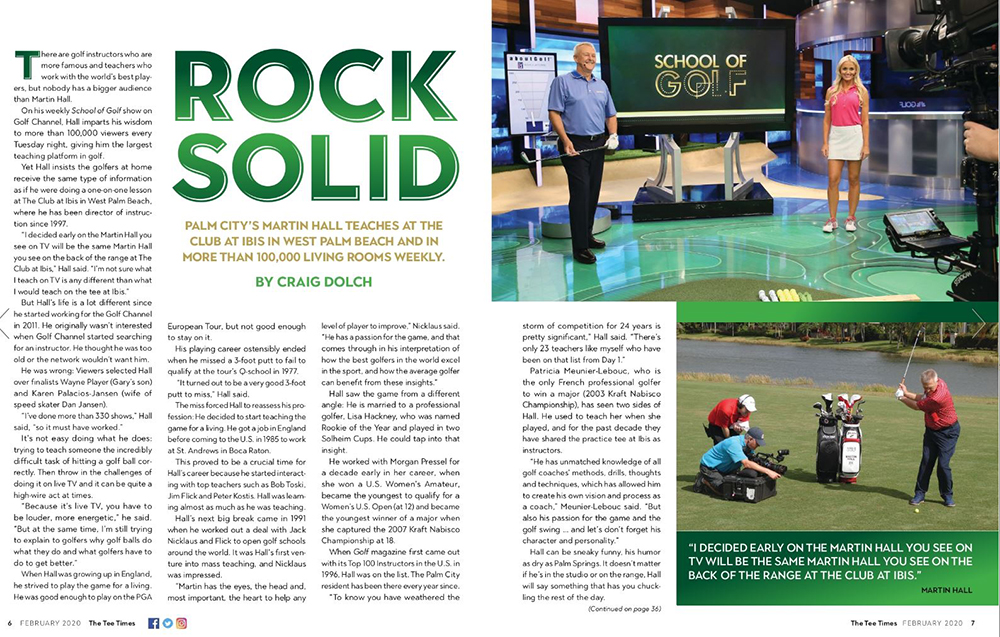 Ibis is featured in the 2020 issue of Links Magazine's Premier Property Guide. 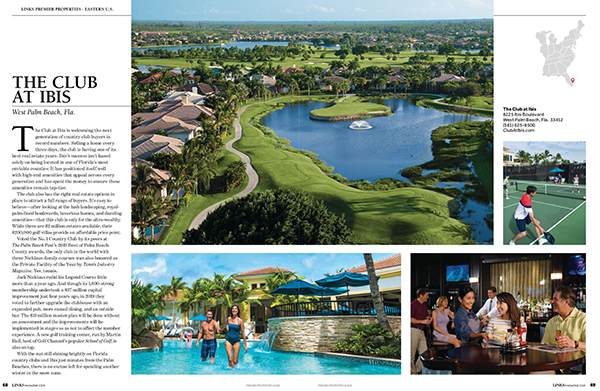 Jay Berger is the Face of Tennis Instruction in the January issue of Palm Beach Illustrated. 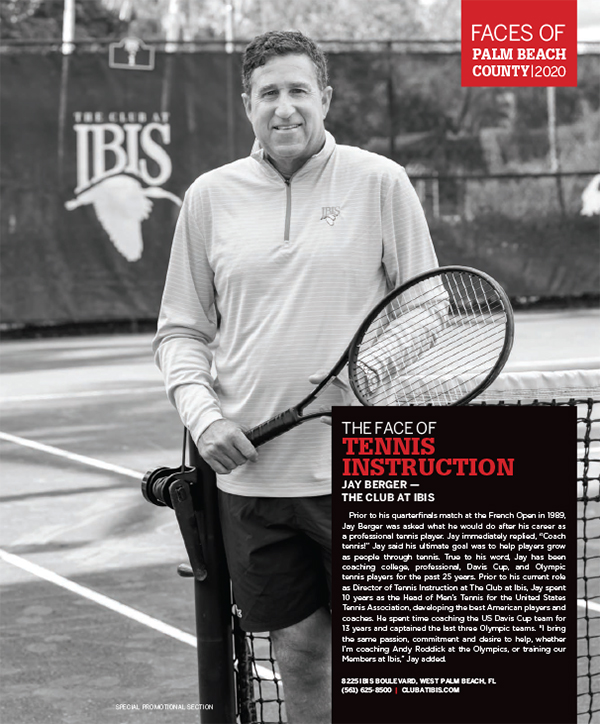 2019 Best of Palm Beach County by the Palm Beach Post
Ibis prioritizes Diversity, Equity, Inclusion, and Equality. We value Integrity and openness in our actions and words. We desire to foster an environment where all members, residents, and employees feel a true sense of Belonging and are empowered to be their full, authentic selves. We believe that diversity leads to Innovation and strategic advantage. We strive to develop a community-wide pride that transcends our differences and unites us in a Shared Vision of The Ibis Experience™.
Homepage
The Club at Ibis 8225 Ibis Blvd West Palm Beach, FL 33412 561-625-8500
561-625-8500 info@clubatibis.com
Today’s Weather in
West Palm Beach
Property Owner's Association