New members are invited to choose from four categories of membership to suit their individual lifestyle needs. All members will enjoy the 80,000-square-foot Clubhouse and 24,000-square-foot Sports Village, giving them unlimited access to the fitness facilities, four unique dining venues, the spa, pool complex, pickleball, and a full calendar of social events. The Ibis Cultural Association has developed over 20 clubs with like-minded members, including the photography club, the performing arts, painting classes, a film series, and much more.

Our most popular membership is Premier Golf, offering the most extensive level of privileges, including unlimited access to the 54 holes of Nicklaus golf, 20-acre practice facility, and 16 Har-Tru tennis courts. The Signature Golf, Tennis, and Social Sports memberships offer more lifestyle options. Please contact the Membership Director at 561.625.8500, ext. 5142 for more information. 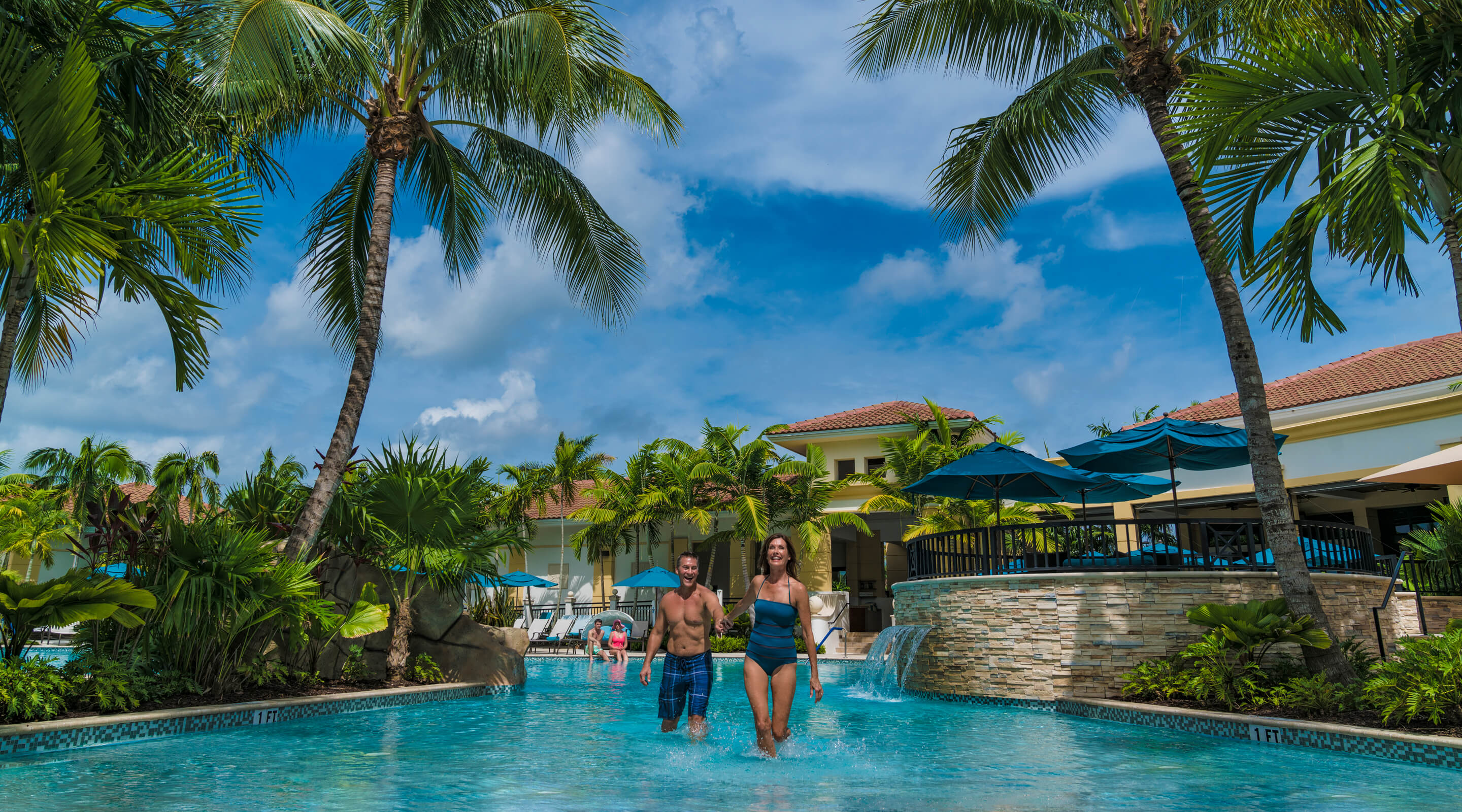 For those who love natural surroundings and beautiful wildlife, The Club at Ibis is sure to please and enthrall even the most avid enthusiast. Ibis, situated adjacent to the Grassy Waters Preserve, is where residents can catch a glimpse of fascinating creatures such as deer, otters, and even the occasional alligator! 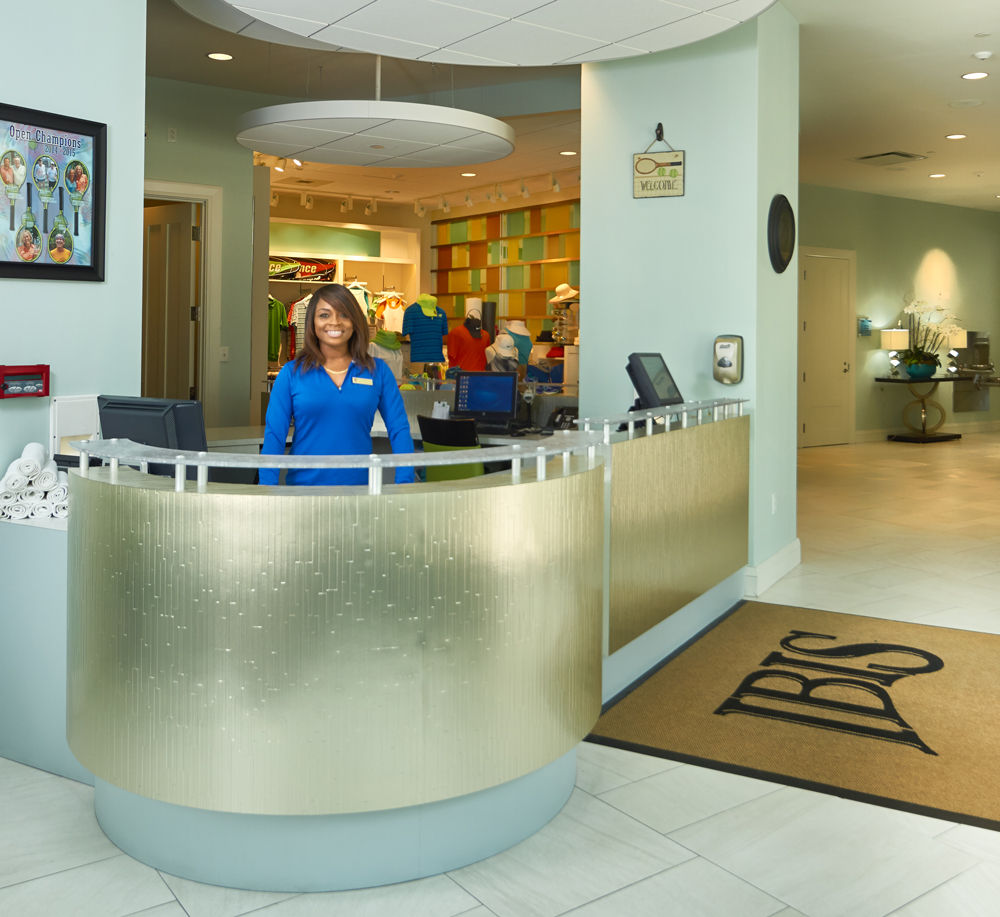 The CORE at Ibis (Your COmmunity Resort Experience) is the place to be to maintain your physical and mental well being. 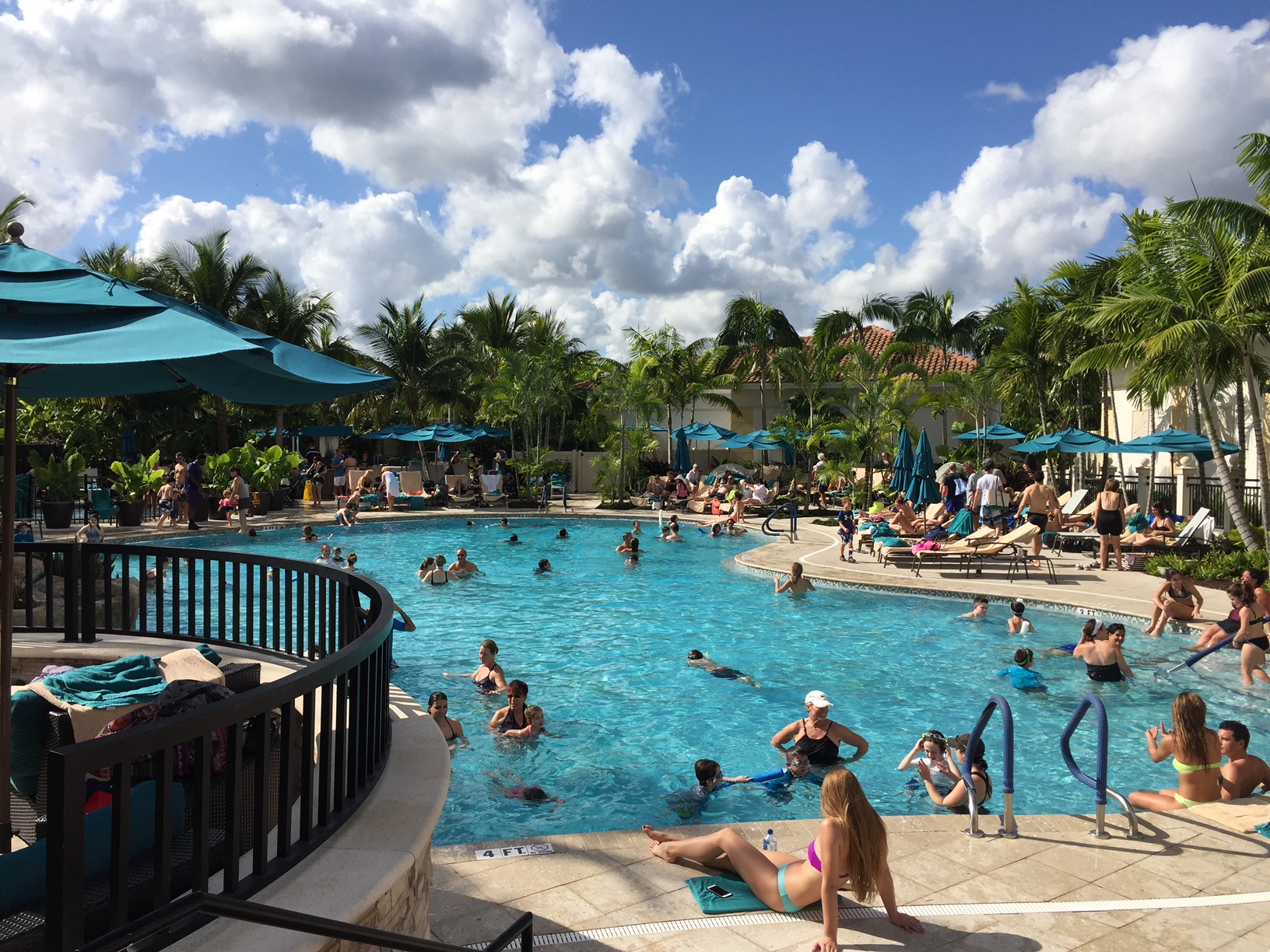 Begin your day with an invigorating round of golf on our pristine courses, a game of doubles on one of our sixteen Har-Tru tennis courts or four pickleball courts, or an energizing workout or refreshing swim at the Tennis & Fitness Center. Afterwards, enjoy a hearty lunch at The Bistro or The Atrium, an afternoon cocktail at The Pub, an elegant dinner in Panache. 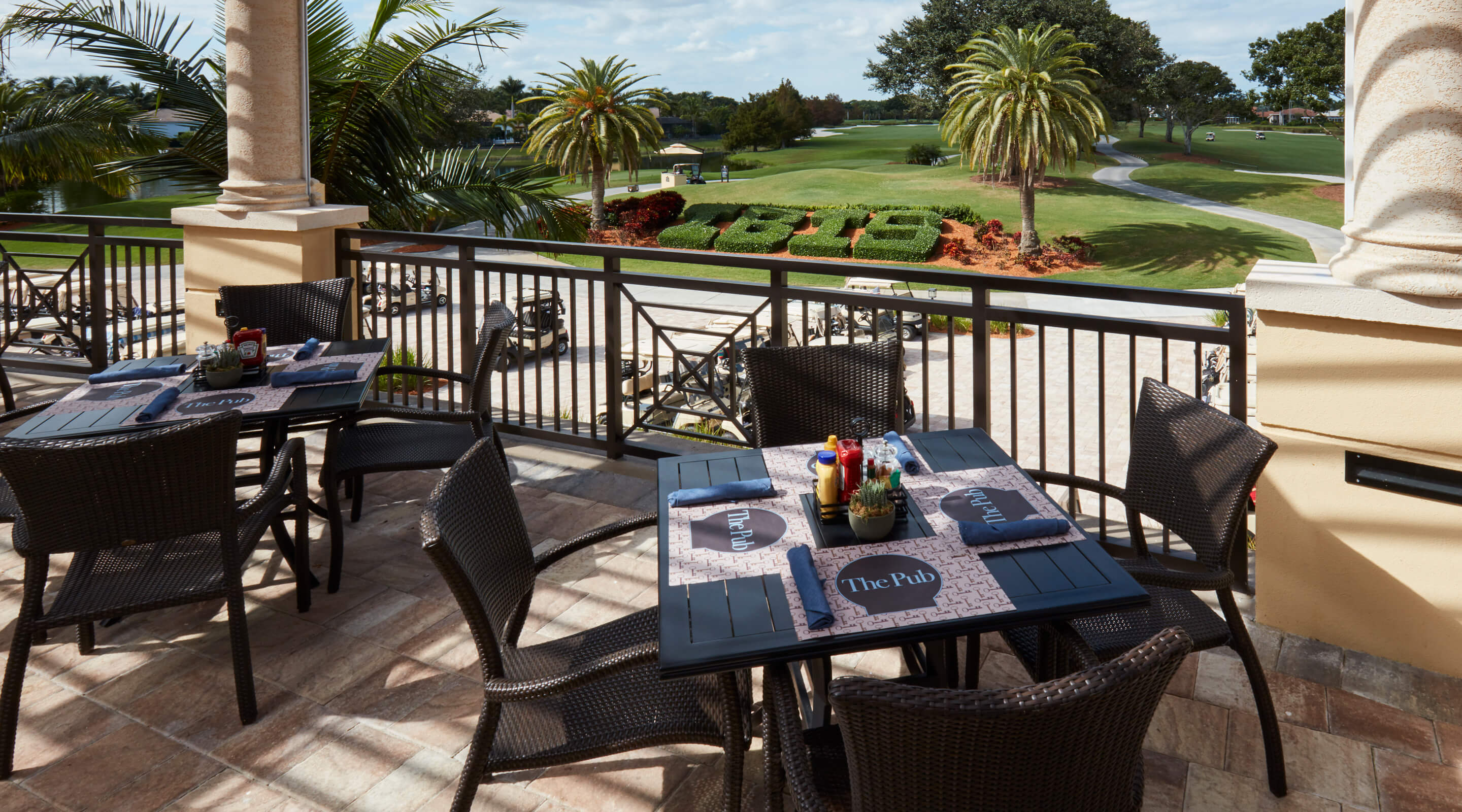 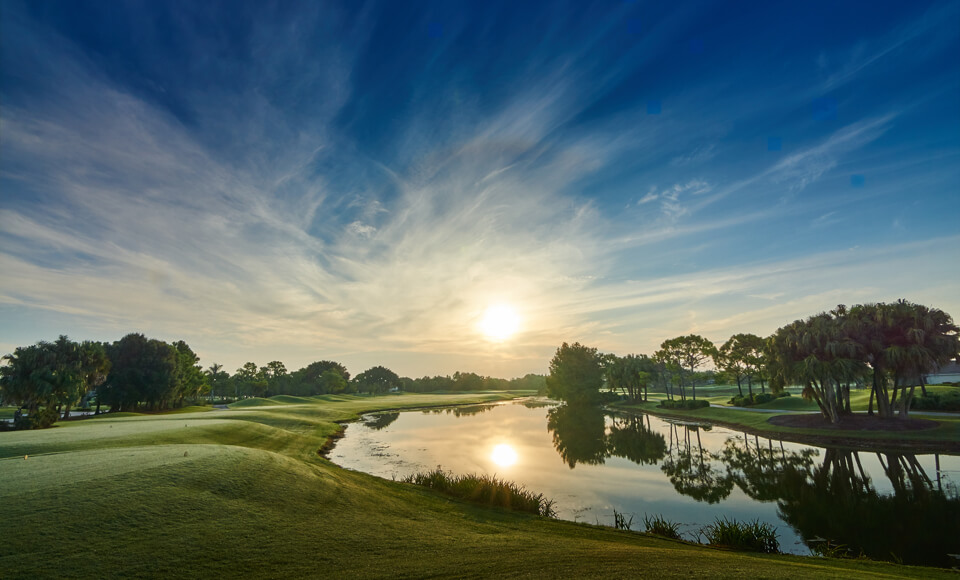 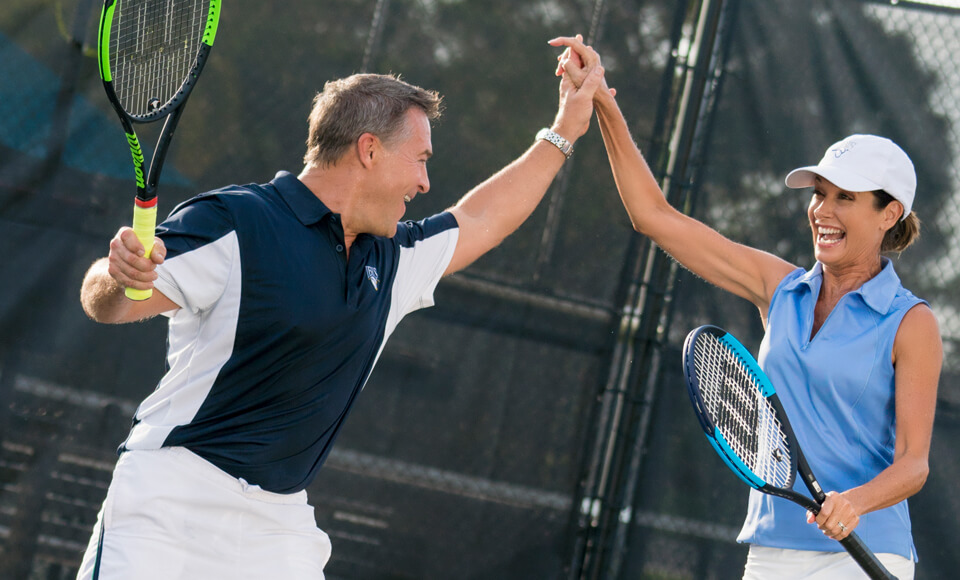 What Our Members Say

I had not played tennis since high school. I am 68 and started again at Ibis three years ago. The teaching staff, the events, the whole facility is first class. I am enjoying so much the game and my fellow players that it keeps me young, healthy and motivated.

I encourage anyone who has left tennis to reconsider the game. Ibis tennis is part of a lifestyle. Chuck and his team will make you enjoy the game, whatever your level.

My wife and I had been playing golf for a few years before we moved to Ibis. We played mostly on public courses throughout the country and enjoyed the variety these venues gave us. However, once we settled in at Ibis, we became like "kids in a candy store." The professional staff is exceptional and wherever they are will be most gracious in answering your question. The learning center is an area which I think all of us at Ibis are very proud of. The private instruction and group clinics make players feel better about their game and help tweek it. We both eagerly look forward to continuing our golfing experience and enjoying the new friendships we have made at Ibis.

I have been a member of, and visited, tennis clubs all over the world. I would just like to say that the Tennis program here at Ibis is tops. The facilities, lessons, socials, and all other tennis related planned activities are professionally done and are all inclusive. The pros and staff are very professional and extremely pro-active toward the tennis members. My "Ibis tennis experience" has been wonderful. Kudos to all involved with this area in the club.

Over ten years ago, we moved from Boston to escape the winters and enjoy our retirement. Settling into Ibis, where we knew only one couple, my puzzle was, "What am I going to do with the rest of my life?" Restarting with a new career was neither viable nor attractive. We are not golfers, tennis players or card players.

There was a notice posted asking for members who wanted to get together to develop a member art show. After attending the meeting, I called the Social Director to inquire about starting any activities for those of us who were interested in cultural functions. She suggested my contacting the House Committee. They were not only receptive, they jumped at my suggestion of developing a cultural program. A group of us put together a list of activities and advertised for people to attend a meeting to discuss the possibilities. We developed a survey to uncover the interests, experiences, talents, preferences and dreams for adding cultural activities to our beautiful Ibis surroundings. The survey was placed in every Ibis mailbox.

The response was fantastic. Talents, skills, interests, requests, willingness to participate, and dreams of adding to our lifestyle were all expressed. At the first meeting of the volunteer organizers, lists were made of potential beginnings. We agreed to start small with the intent of finding like-minded people to meet, learn, enjoy, and grow our interests. Large numbers were not the goal, but common interests were. (and still are!)

With ideas and talent, we needed leaders and members who would offer their time and energy to building a multifaceted interest group. The majority of respondents to the survey were interested in music, theater, all forms of the arts, trips off campus and cooking, all of which provided the basic skeleton of our organization.

One person had been an opera singer. We convinced her that she could lead a group of people who wanted to sing for fun. Our thought was that there must be people who had, over their adult lives, played an instrument, or sang in a group. Soon we had The Ibis Singers, who now consist of over 30 singers and the Ibis Musicians, including over 20 instrumentalists. A woman came forward who had directed plays and been a comedienne on Broadway. She is now directing our Ibis Actors' Workshop. Skilled organizers arranged trips to museums, concerts, theaters, and even The Everglades. Our skilled cooks developed a program, Ibis Cooks, with demonstrations in people's homes. That expanded like rising dough into The Refined Palate, with fine dining being prepared cooperatively and shared in small groups. A wonderful way to meet new people! A small group of photographers gathered and now represent an organization of over 50 members, with outstanding shows, classes and photo shoots. Our Writer's Group has both new writers, published writers and those who cherish the camaraderie of like-minded folks. We have Knitting Classes, Knitting for Charity, Volunteer Fairs, Language Classes, a Film Series, followed by thought provoking discussions and much more.

As the calendars flipped their pages over the last 9 years, additional ideas were planted and have grown to include new topics, new members, new events, requests, and most importantly interests. Last season close to 5,000 people attended our series of 19 activity venues, all lead by volunteer members, with the cooperation of the Club staff and the devotion of over 20 Committee Chairpersons.

This current season, a request came to us for a Garden Club. An experienced gardener stepped forward and developed a new group that is planning visits to exotic gardens, demonstrations, as well as tours of the gardens homes within our walls.

The list goes on, as we look forward into the soon to be newly-remodeled Clubhouse, where the Ibis Cultural Association will have its own dedicated room, providing a classroom for painting, lectures, films, meetings space, and plenty of room to grow.

The past has proven that dedication and hard work is a two way street. Those who donate their time and energy receive in return, as much, if not more, than they have given.

The Future of the ICA is Ours! We are thrilled to have achieved and accomplished something that we are very proud of. Come meet us, bring your interests, your ideas, and participate in our growth as well as yours. 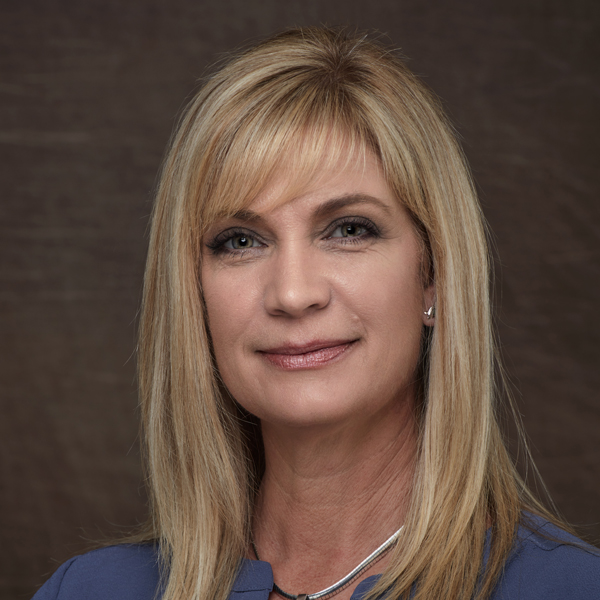 2019 Best of Palm Beach County by the Palm Beach Post
Ibis prioritizes Diversity, Equity, Inclusion, and Equality. We value Integrity and openness in our actions and words. We desire to foster an environment where all members, residents, and employees feel a true sense of Belonging and are empowered to be their full, authentic selves. We believe that diversity leads to Innovation and strategic advantage. We strive to develop a community-wide pride that transcends our differences and unites us in a Shared Vision of The Ibis Experience™.
Homepage
The Club at Ibis 8225 Ibis Blvd West Palm Beach, FL 33412 561-625-8500
561-625-8500 [email protected]
Today’s Weather in
West Palm Beach
Property Owner's Association